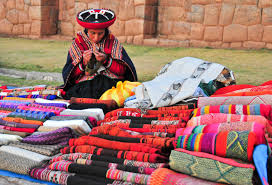 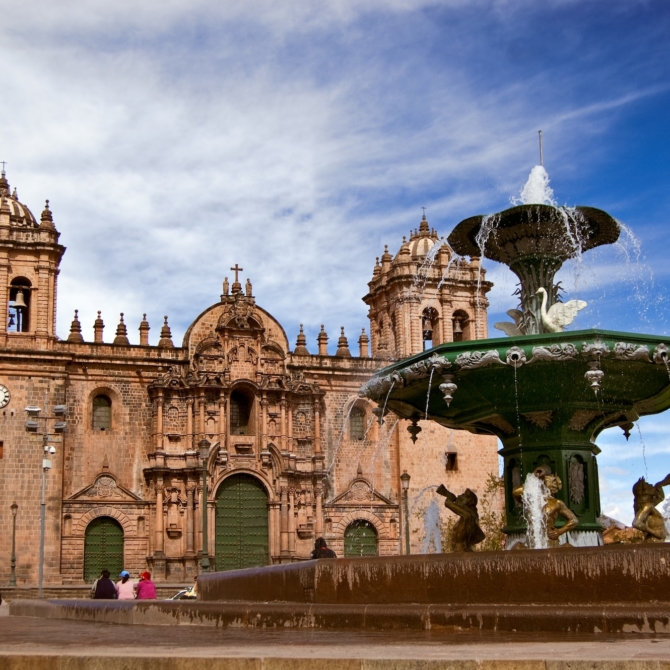 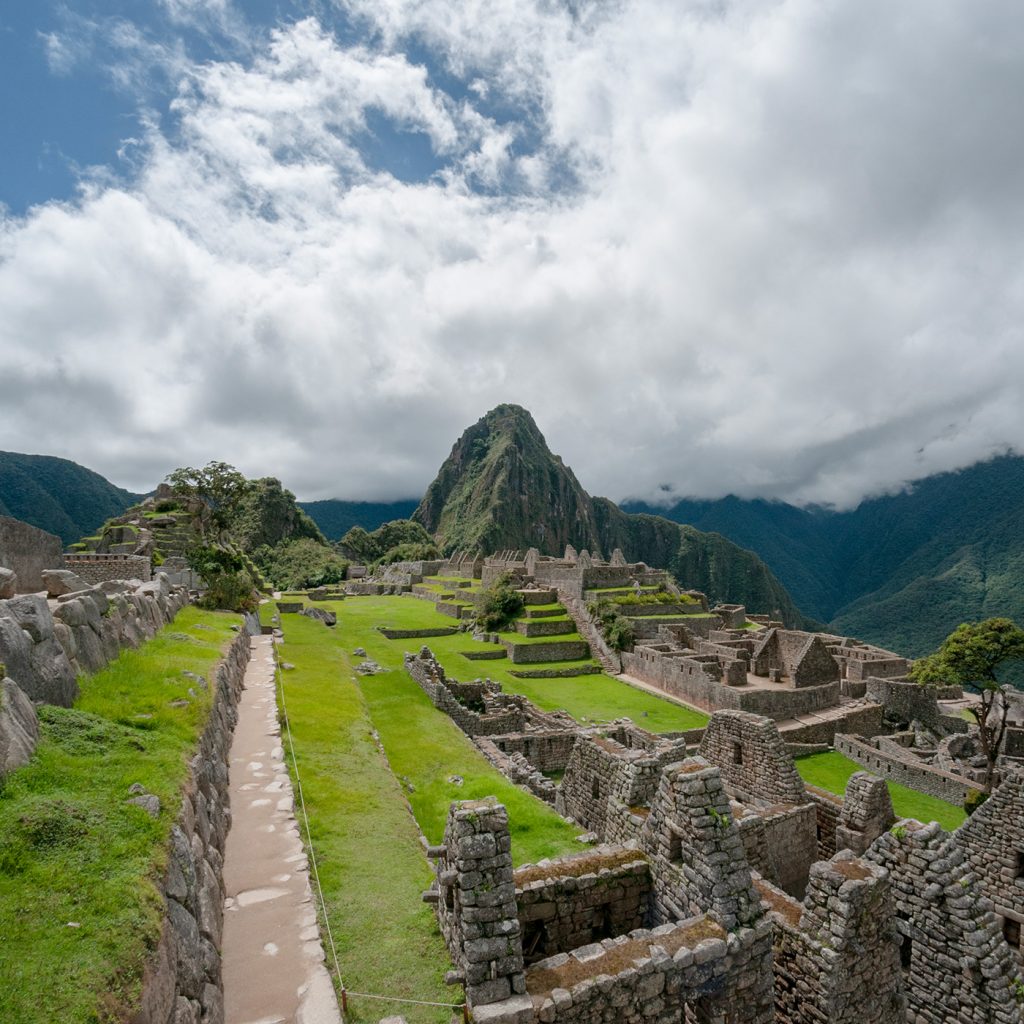 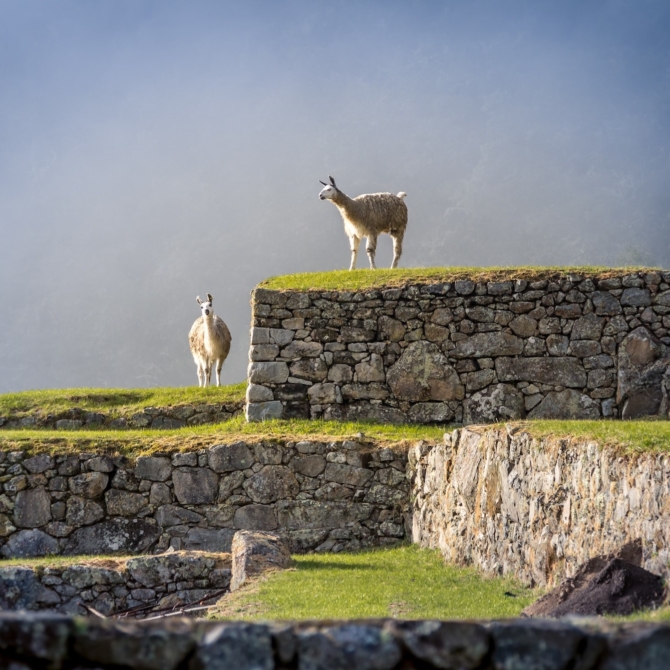 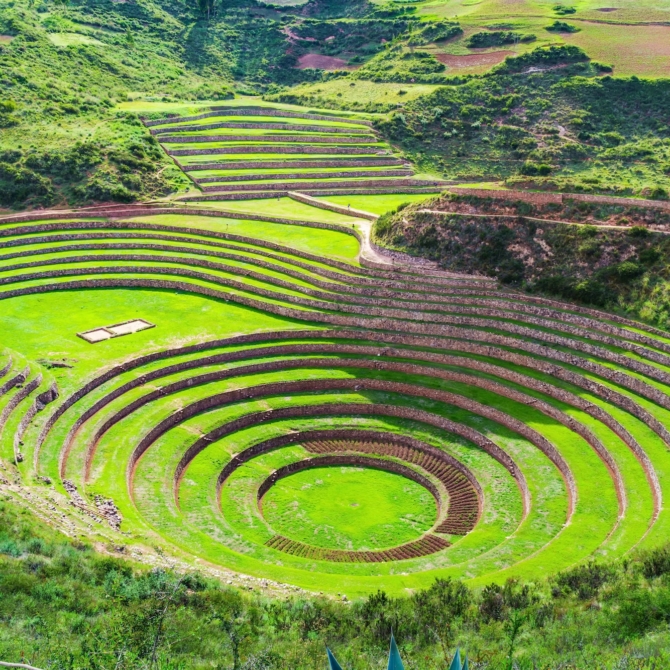 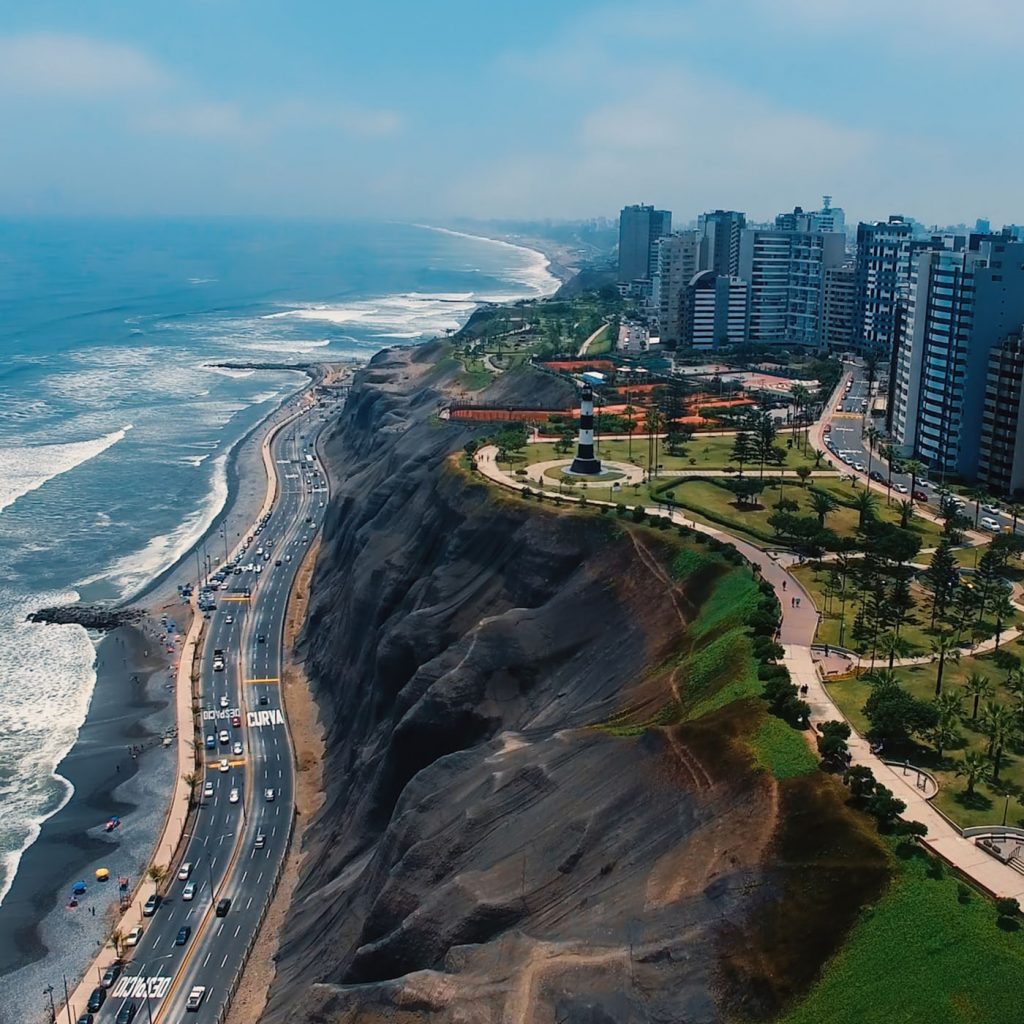 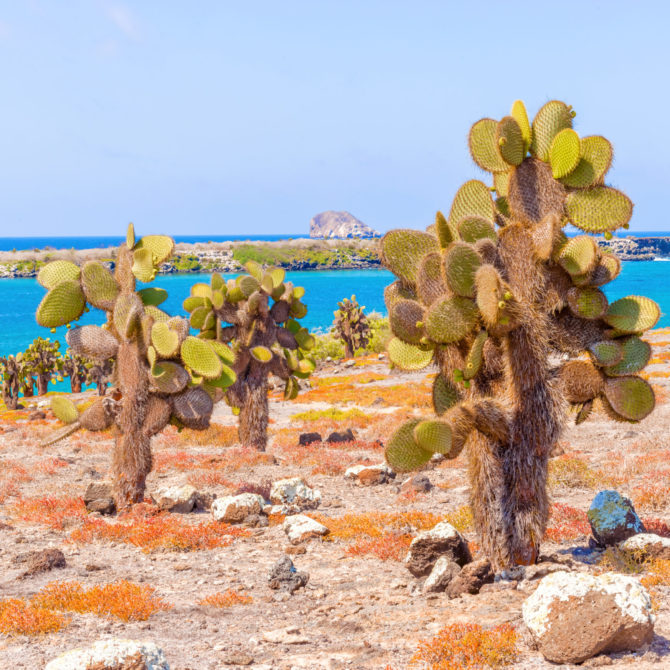 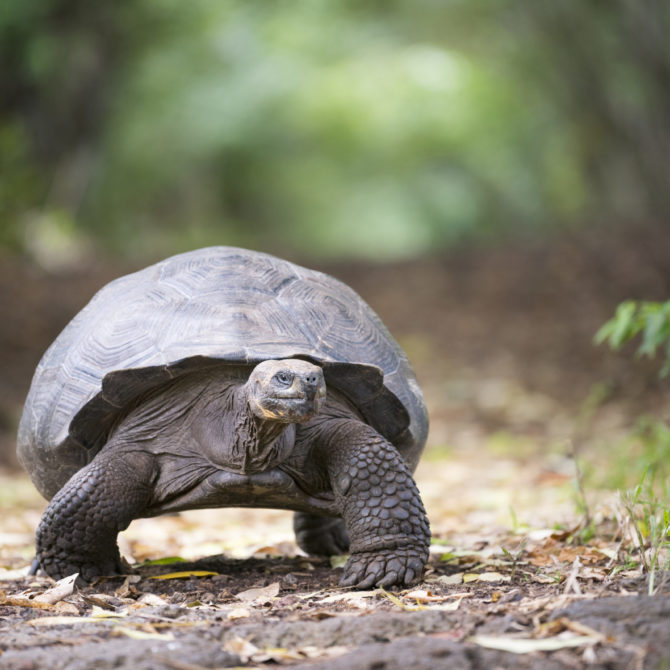 Enjoy a luxurious and fascinating array of excursions and activities on this Classic Luxury Peru & Galapagos itinerary. Take in the exceptional beauty and uniqueness of historic towns. Visit the ancient Incan ruins and the Galapagos the islands.

A Galapagos Islands visit is an extraordinary and personal experience with the natural world. These enchanted isles promise to awe, entertain, and inspire.

Depart from London or Regional airport.

Upon arriving, you will be picked up and taken to your hotel.

Day 2
Lima/Cusco/Sacred Valley of the Incas

Fly to Cusco, Peru and travel to the Sacred Valley of the Incas.

You will be escorted to the airport terminal for your flight to Cusco. Upon arrival, you will be met and transferred to the Sacred Valley. En-route visit Awanakancha, an Andean textile centre whose principal objective is to maintain the wealth of Inca textile art. You will learn about the dyeing techniques and instruments used for hundreds of years in the weaving of these famous textiles. Since the materials for weaving comes from the four types of Andean camels (llamas, vicunas, guanacos and alpaca), see and interact with these curious creatures.

Day 3
Sacred Valley of the Incas

Full day excursion in the Sacred Valley of the Incas.

Enjoy a full day excursion in the Sacred Valley inclusive of a visit to the Pisac Ruins and Indian Market, plus a bike tour.

Start with a small hike from the famous market village of Pisac to the nearby Pisac ruins, one of the most well-preserved ruins in the Sacred Valley. Climb to the top of the ruins to take in the spectacular views of the terraced countryside. After your visit to the ruins, head back down the trail to Pisac village where authentic shopping and photographic opportunities abound.

After a boxed lunch, enjoy a half day bike tour which will be from the town of Pisac with its impressive landscape to the small villages of Taray and Calca. This is a totally guided trip. You will ride on off road circuits admiring agriculture fields, Andean terraces and villages.

Today we head to Ollantaytambo one of the best surviving example of Inca town planning. Many of the building foundations in old town Ollantaytambo were built by the Inca, and the majority of the Inca canchas, or blocks, are still intact, making for a nice walk indeed.

Climb the steep stone steps up to the imposing fortress at the top of the mountain – around 260 steps! From there, the view down the valley is superb and you can admire the huge monoliths that form the Temple of the Sun.

You will then be transferred to the Ollantaytambo train station for your train journey to Aguas Calientes aboard the PeruRail Vistadome train. Upon arrival, you will be met and escorted to your hotel.

Machu Picchu, the “Lost City of the Incas,” is the holy grail for lovers of Incan monuments, and the most famous archaeological site in all of South America. On this visit, you will fully embrace this magnificent wonder of the world, letting this once-in-a-lifetime experience sink in.

After exploring Machu Picchu we will hike up Huayna Picchu, which means “Young Peak” in Quechua. This large mountain sits directly behind Machu Picchu, and can been seen in all its glory in most pictures of Machu Picchu.

The climb itself takes about an hour and a half to ascend and approximately 45 minutes to one hour to descend. Anyone with a decent level of fitness and who is comfortable with heights can climb Huayna Picchu. As Huayna Picchu is so close to the city complex it provides a fantastic birds-eye view, and the climb itself provides brilliant vistas of the city from a variety of angles.

After lunch, you will be escorted back to the Aguas Calientes train station for your return train journey to Ollantaytambo aboard the PeruRail Vistadome train. Upon arrival, you will be transferred to Cusco.

Guided tour of Historical Cusco and its Incan ruins.

Inside Cusco’s historical center, visit Coricancha, also known as the “Temple of the Sun” (or “Premises of the Gilded One”), the construction of which was ordered by Inca Pachacútec (1438-1471) and was used as a base for the construction of the Santo Sunday Convent upon the arrival of the Spaniards.

We will move on to the Cusco Cathedral, the most important building on the Main Square and one of the most splendid Spanish colonial churches in South America, which is shaped as a Latin Cross and houses about 400 colonial paintings from the Cusco art school. You’ll also see works made of stone, gold, and silver.

You will then head to the outskirts of the city and visit the Sacsayhuamán fortress, an emblematic work of the Incas, which protected the Holy City. Head to Qenqo, an archaeological complex mainly used for religious purposes, and it is believed that agricultural rituals took place there. Time permitting and based on your interests, you can also visit the vestiges of Puka Pukara, located seven kilometers away from Cusco. Puka Pukara, which means “red fortress”, was an architectural complex presumably used for military purposes.

You will be transferred to the airport for your flight to the Galapagos Islands.

Disembark your vessel and fly to Guayaquil, Ecuador.

Spend the remainder of the day at leisure at the Oro Verde Hotel Guayaquil before departing for your flight home. 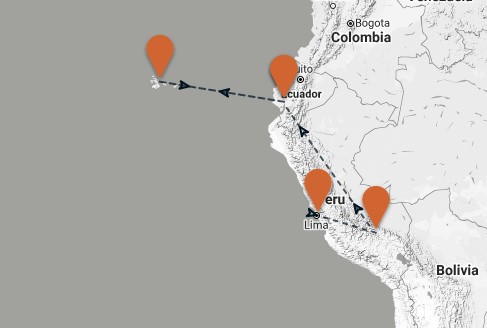 Looking for a cruise with all food included? Why

USA Now Open! Contact us today to plan you next t

Last beautiful sunset of our holiday. 🌅. 🌅.

Beautiful view from our room at Sandos Papagayo in

In the queue for Covid testing. Excited to be goin

Sandals Emerald Bay One of the most sophisticated 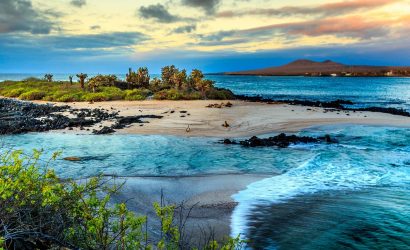 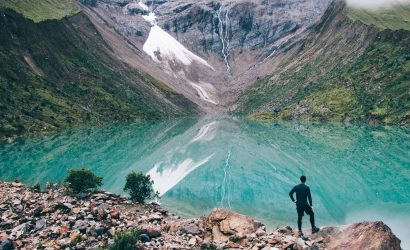 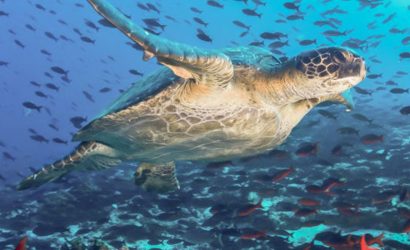 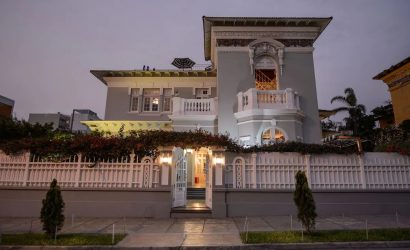 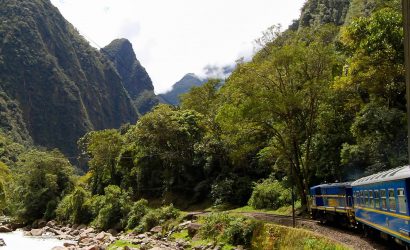 Peru Machu Picchu and the Andes by Rail 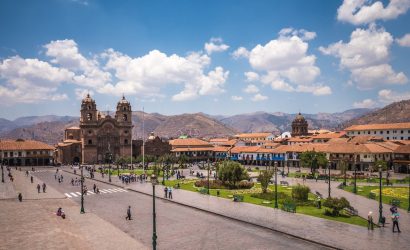