How could we not include the beautiful water town of Suzhou? The epic, ancient walled city of Pingyao or the ethereal beauty of Wulong National Park?

Every attraction that made the list will knock your socks off. So if you are planning a holiday to China. Here’s our list of China’s Top 10 Attractions.

China’s most iconic sight, of course, the Great Wall had to be on the list! Stretching from Shanhaiguan on the Bohai Sea to Lop Lake in the Gobi Desert. Around 4,000 miles, many sections of the wall are easily accessible from Beijing. Whether you want an easy walk on the well-preserved wall or a slightly wilder, snaking through-the-barren-hills type experience. The Great Wall can be one of the most exciting, magnificent and unbelievable things you’ll ever see.

At the very heart of Beijing, the vast complex of the Forbidden City. It is one of the capital’s most extraordinary sights. Home to China’s emperors and out of bounds to the public for 500 years. This labyrinth of exquisite traditional architecture, perfectly symmetrical, covers 180 acres and is the world’s largest palace complex. Declared a UNESCO World Heritage Site in 1987 there is no better place to imagine the life of an imperial emperor.

The magical scenery of the Li River has long been the muse of many an artist and poet; in fact, it is so beloved that it even appears on the 20-yuan banknote! The lush countryside, dotted with towering limestone peaks, is best admired on a river cruise between the city of Guilin and the charming town of Yangshuo. From the water you’ll glimpse a different side to China, where the pace of life is slow, conical hatted farmers tend to their paddy fields and water buffalo sit contentedly in the shallows. Explore the area further from Yangshuo on foot, by bike or by raft.

The world’s most celebrated bear and at the heart of a huge conservation effort. The giant panda is China’s loveable mascot. Around 80% of the world’s population of pandas call Sichuan province home so this is the best place to see them. Chengdu Panda Research Base, located just 10 kilometres from the centre of the city, is easily reachable. Here you can see pandas of all ages enjoying life in surroundings that are very similar to their natural habitat in the nearby mountains. For a more rural, less busy encounter, try Dujiangyan Panda Reserve, just over an hour fram Chengdu.

A Yangtze River cruise is high on the list of many China explorers thanks to the magnificent landscapes of the Three Gorges, but there is so much more to it. One of the world’s longest rivers, the Yangtze has played a hugely important role in China’s historical, cultural and economic development for millennia. It was on its banks that some of the first Chinese cultures were born. Today, its shoreline is an endless tapestry of rural, agricultural and urban — a fascinating glimpse at a little-seen side of the nation.

The discovery of the Terracotta Warriors is a charming tale of pure luck, a group of farmers digging a well and stumbling across the greatest archaeological find of the century. Today, three pits of about 8,000 soldiers, horses and chariots stand in ranks in huge hangers 25 miles outside of Xian. Wowing visitors with their realistic features and intricate detail. The army surrounds the burial mound of Qin Shi Huang, the emperor who first united China in 221BC and the man the terracotta soldiers were made to protect in the afterlife. Although the tomb has never been excavated, it’s thought to be full of untold treasures!

China’s largest city and financial heart, Shanghai is where the East and West collide in a metropolis of gleaming skyscrapers. Sat on the mouth of the Yangtze, it was long a thriving port before becoming one of the world’s largest financial hubs in the 1990s.

Shanghai is a place of doing rather than seeing, with luxury hotels, shopping centres and entertainments galore. There are still plenty of treasures to be found for those who want to find them. Stroll down the Bund for beautiful Art Deco architecture, wander the alleys of the old town to find lovely old temples or cruise the waters of the Huangpu River for the perfect overview.

No. 8 – Grand Buddha of Leshan

Around two hours from Chengdu, the magnificent Grand Buddha of Leshan sits peacefully at the confluence of three rivers. At 71 metres tall, he was carved from the rock face 1,200 years ago on the orders of a Buddhist monk, who felt that the presence of the Buddha would calm the river currents and protect the boats plying the waters. It worked, but whether that was down to the will of Buddha or because of a sizeable amount of stone that went into the river is up to you!

Swirling their way across an already undulating landscape, the Longji Rice Terraces, also known as Dragon’s Backbone, are a spectacular example of man and nature working in harmony. The aspect of the terraces changes with the seasons; in the spring waters reflect the moods of the sky, in summer they are full of fresh green shoots, in the autumn bursting with lush rice plants, and in the winter grey and steely. Close to Guilin, it is a spectacular area to hike, giving you an ever-changing view of its beauty.

Huddled amongst the forests and fields at the foot of Jade Dragon Snow Mountain. Lijiang is a charming town in a spectacular setting. Once the capital of the Naxi, the indigenous people of the Himalayas and the northern reaches of Yunnan province. Lijiang’s rich 800-year history is plain to see on the labyrinthine streets of the UNESCO-listed old town.

Flanked by bubbling streams, trailing willows and picturesque stone bridges, wandering along them is a delightful step back in time. Make sure you stroll down to Black Dragon Pool for views of Jade Dragon Snow Mountain in all its glory. 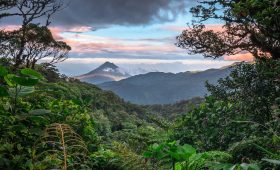 Things to do in Costa Rica 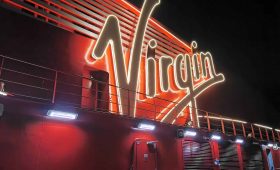 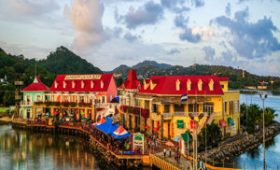 We Love the Caribbean