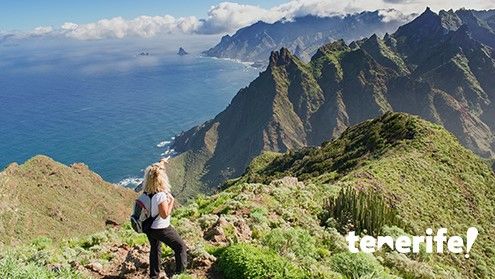 Undiscovered Tenerife, Tenerife is a destination for sun, sea and sand. With amazing resorts and lively bars, beachfront restaurants and sunsets to die for, it makes for a pretty special holiday. But that’s what we know Tenerife for best, so we’re here to tell you more about undiscovered Tenerife.

Its beautiful scenery, friendly culture, high levels of sustainability and its exciting gastronomy scene has a lot to boast about and shouldn’t go unmissed. So, if you fancy doing something a little different on your next holiday, Tenerife could be your answer…

When it comes to exploring, you’re spoilt for choice on a Tenerife holiday. Get off-the-beaten-track and you’re in for a real treat, as there’s an entire array of hikes and treks on offer. There’s so many to choose from, but we’ve selected a couple of our favourite routes that will offer mighty views!

There are lots of easy walking trails in Tenerife that’ll show you forests, ravines, volcanic landscapes and the beautiful coastline. One of our favourites is the Santiago del Teide to Masca hike in the Teno Mountains. Perfect for those looking to spend a morning or afternoon appreciating the lush and rugged landscapes of the island. Classed as ‘easy’, this point-to-point trail showcases the magnificent Teno Mountains. A walking route that some revisit again and again.

Highlights include the unbeatable views through the mountains to the small town of Masca and Mirador de Cruz de Hilda lookout point and its panoramic views of the surrounding area plus gorgeous palm trees and shrubbery. There’s a café here too, so you can take some time to sit back and enjoy the impressive views.

Or perhaps you’re an avid hiker and looking for a real challenge? If so Route 040 could be the trek for you. This is a landmark hike starting and ending on ground level at the sandy shores of Socorro beach. Taking you through to the highest point in Spain–peaking at 3,718 meters high! At the top, you’ll be amazed as you look down onto the clouds. Whilst this isn’t a trek for the faint-hearted, the beauty of the trail will reward you for those hard-earned steps (and of course, the fact that you completed it is a reward in itself)!. It’s the beauty of this challenging trail that attracts so many to give it a go each year–don’t miss the protected landscape of Los Campeches, Tigaiga and Ruiz in Los Realejos and the Natural Park of Corona Forestal as you go–the perfect places for a pit stop!

Oh, and when we say it’s not the faint-hearted, we mean it! The whole trek covers 27.7 kilometres, meaning that average completion time is around 12 hours. If you’re feeling super brave and fancy running the route, then it’ll take you around 4 to 6 hours.

This is a destination where sustainability comes high on the list of priorities. From a dedicated walking festival demonstrating the variety and richness of the landscapes and nature, and initiatives to release turtles back to the sea to ‘Respect the Mountains’ – conservation for natural spaces including path cleaning and removing debris from the surface of the sea.

Tenerife is also one of the few destinations in the world to certify the boats who offer whale watching carry the “Blue Boat” flag. This symbol certifies their professional authorisation to carry out the activity and ensures that the staff on board know all about these lovely mammals and can help visitors to understand their behaviour. Lots of effort goes in to make sure that Tenerife is a destination that does its bit for the planet.

On a holiday here, there’s plenty of sustainable activities on offer. Including those mentioned above, and much more, so you can help with the great cause.

We all enjoy eating out on holiday, right? Well, you’ll be in for a real treat in Tenerife, as it’s not short of a restaurant or two. Whether you head to the well-known hot spots or prefer to discover somewhere off the tourist trail. There’ are a couple of things that you just have to try!

Papas Arrugadas (otherwise known as Wrinkled Potatoes) is popular with the locals. Boiled in lots of sea salt water for around 30 minutes, they’re then roasted so that the skin wrinkles and creates a crusting of salt. Although simple, spuds grown in Tenerife are packed full of flavour thanks to the rich volcanic soil. You’ll find these tasty morsels in many restaurants in Tenerife – so be sure to give them a try.

Fish is a staple on most small islands, and Tenerife is no exception. Fishermen deliver all-manner of fresh fish to restaurants daily, including sardine, pollock, grouper and many more so you’ll have the latest catch that evening. If you’re looking for something super authentic. Give Atún en adobo (marinated tuna) a try–it’s marinated with herbs and spices overnight before frying – and is delicious! You’ll not struggle to find wonderful fish in Tenerife’s restaurants. From seafront spots with a relaxing atmosphere to those centred in the hustle and bustle of it all, you’ll not be disappointed.

And not forgetting the wines! Some may say that Tenerife’s best kept secret is its wine. There are a few wonderful wineries to choose from, including Bodegas Monje and Bodega Reveron, where you can try some of the island’s gorgeous dry and acidic whites and smooth reds.

And finally, what we love about Tenerife is its mild winters and hot summers. So, whether you’re looking to escape the dark winter months or prefer to get away in the summer, the weather will be kind to you in Tenerife!

We’re on hand to package together the perfect Tenerife holiday. So whether you would like to find out more, get some expert advice, or you’re ready to book your next holiday. Get in touch with us by email or calling, and we’ll do all the hard work for you. 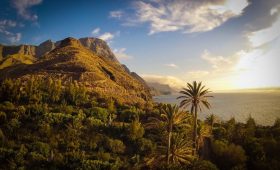 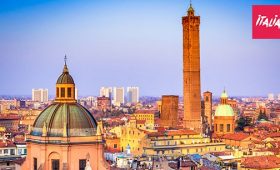 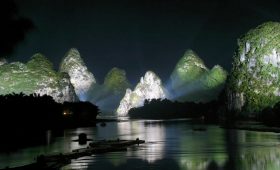