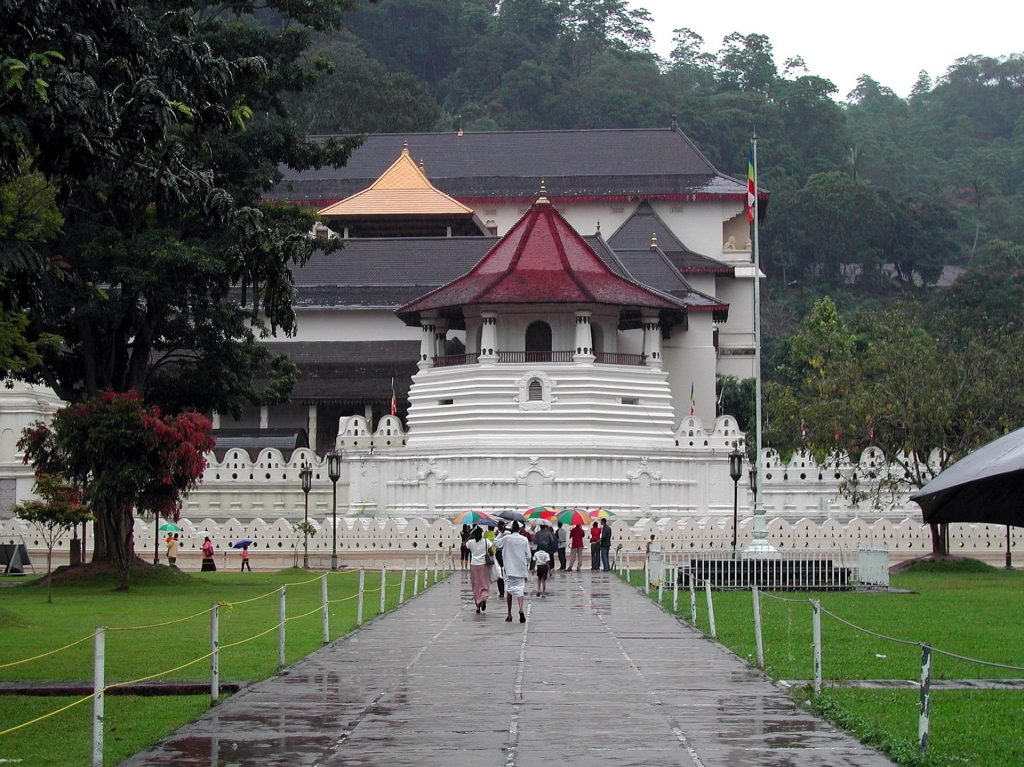 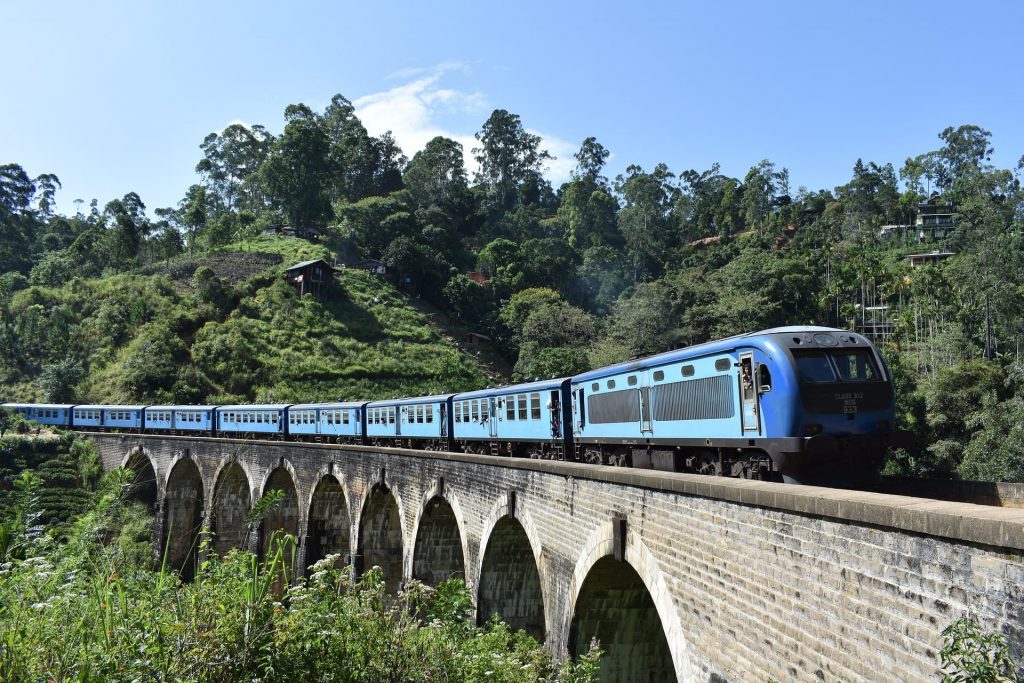 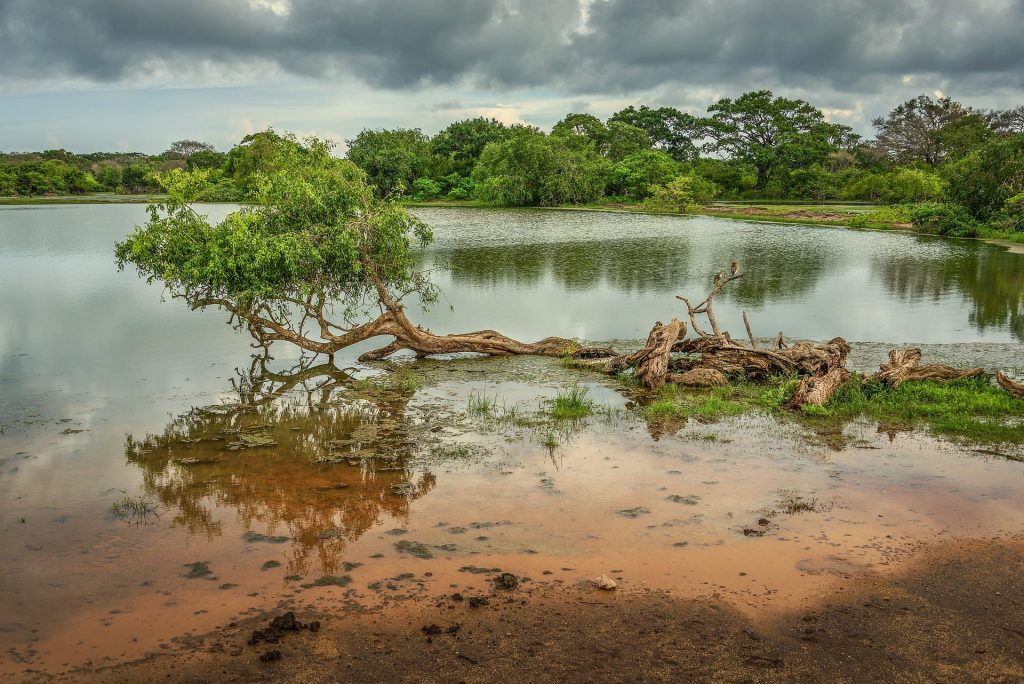 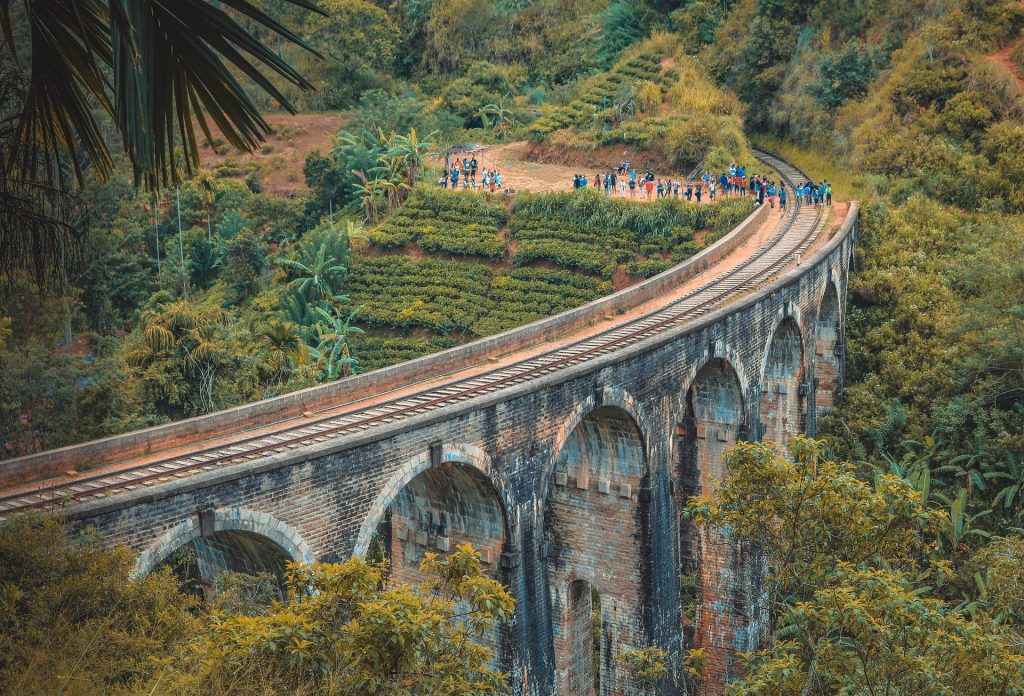 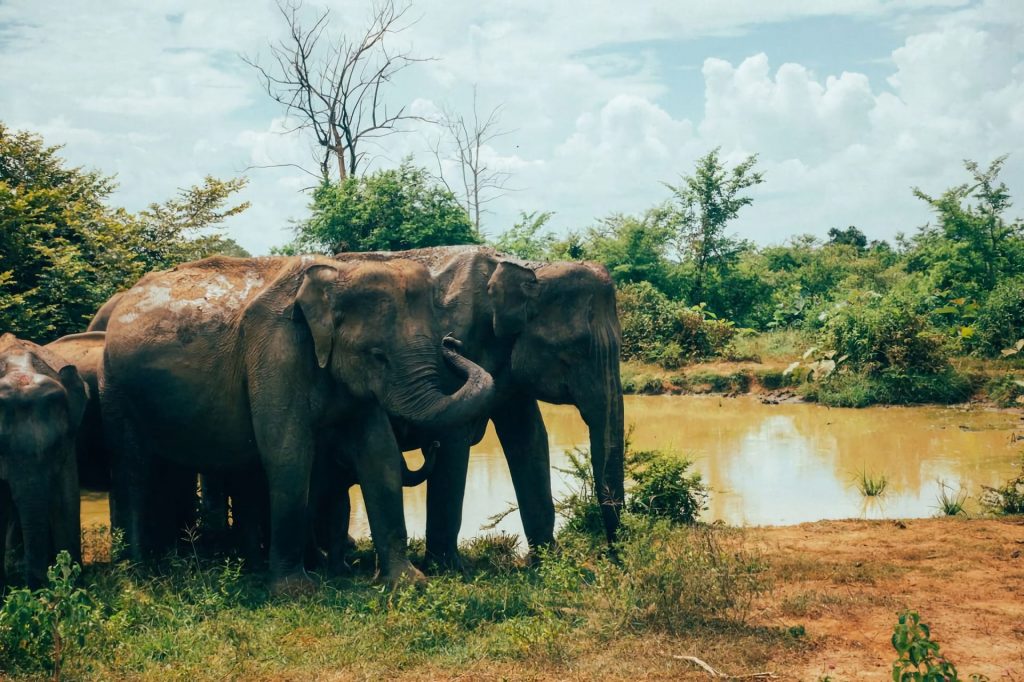 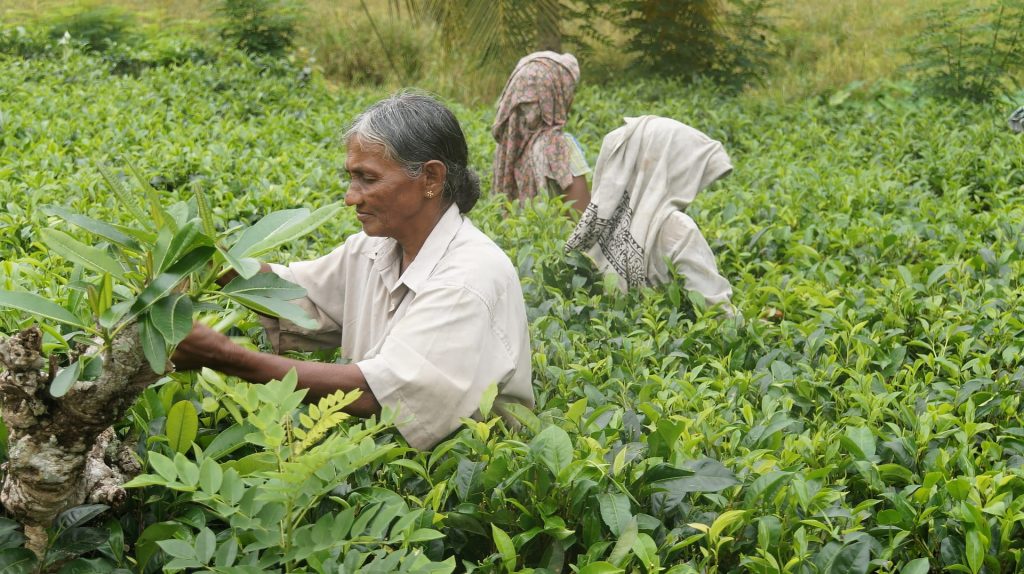 Welcome to Sri Lanka!
Meet, greet and assisted by a representative and transfer from Airport to Galle.

Check in and relax at your hotel.

In the evening, go for a sightseeing tour in Galle fort.

Galle Fort in the Bay of Galle on the southwest coast of Sri Lanka, was built first in 1588 by the Portuguese, then extensively fortified by the Dutch during the 17th century from 1649 onwards. The fort has a colourful history, and today has a multi-ethnic and multi-religious population. The heritage value of the fort has been recognized by UNESCO and the site has been inscribed as a cultural heritage UNESCO.

Start after breakfast and drive to Yala, a 2 1/2-hour drive. Check in at your hotel.

Visit the Yala National park for a safari expedition. Yala National Park – Its magnificent sights of majestic elephant herds, fine-feathered peacocks, great black bears and agile leopards that steal away into the shadows of the thick foliage are unparalleled to any of the national parks in the country. Apart from the rare sightings of varied animal species, which includes herds of elephants and leopards, the visitors can also enjoy a picnic lunch on the beach in the beautiful setting of unspoilt beaches, as the Southern park border lies along the South-eastern coastal line. The ancient monastic settlement, Sithulpawwa in the thick verdure of the park also makes up for an interesting place to visit.

Start after breakfast and drive to Udawalawe, a 1 1/2-hour drive.

Visit the Udawalawa Elephant Transit Home to see Elephants. If you are a wildlife enthusiast, the Elephant Transit Home in Udawalawe run by the Born Free Foundation is a must-visit. Located about 5 km away from the Udawalawe National Park, it is a halfway house that cares for wounded adult elephants and orphaned baby elephants. The complex usually houses about 50 elephants at any time of the year. Apart from caring for the sick and orphaned animals, it also rehabilitates them before they are released into the wild. Although the visitors are not permitted to be with the elephants up-close and personal, the feeding times of baby elephants scheduled four times daily are wonderful opportunities to observe them and can be quite a pleasurable experience.

Then proceed to Udawalawe National Park for a private game drive, search for beautiful wild elephants. Home to scenic landscapes and rare wildlife that rival the savannah reserves of Africa, the Udawalawe National Park is a treasure of this emerald isle. Nourished by the Udawala reservoir, the park is located between the Sabaragamuwa and Uva provinces, stretching over 30,000 hectares. It is most popular for elephant sightings as the verdure shelters close to 500 jumbos. The riches within the park do not end there; flocks of sambar deer, wild buffaloes, bandicoots, foxes, water-monitor lizards, crocodiles, sloth bears, the occasional leopards and a wealth of reptiles and birds can also be observed in their natural habitats. Bird-watching and camping arrangements are available.

Start after breakfast and drive to Ella, a 2 hour drive.

After breakfast, enjoy Ella sightseeing with a visit to the 9 Arch Bridge.

The 9 Arch Bridge was built at Gotuwala between the Ella and Demodara stations during the British Colonial period. Locally it is known as ‘Ahas Namaye Palama’ meaning nine skies bridge in Sinhala. The name derives from the visual experience. When you stand below the bridge and look up you can see the sky through the nine arches. The unique part about this bridge is that it is built entirely from rocks, bricks, and cement with no use of steel or metals throughout the structure. The bridge was commissioned in 1941 and the story goes that as the bridge was being planned World War I broke out. The steel and metal materials destined to be used in the bridge were reassigned to be used for military purposes. The materials were then gathered in the form of rocks, bricks, and cement to make sure the bridge construction still went ahead.

Return to the hotel and relax.

After breakfast leave for the railway station in Ella to get the train to Nuwara Eliya (Nanu Oya). Board your train from the station and embark on one of the most scenic train journeys in the world.

Journey past waterfalls, little villages and up through the mountains on the scenic railway to this town in the cool highlands, once popular with British plantation managers. Look down over a sweeping vista filled with bright green tea bushes and vegetable gardens.

Get off the train at Nuwara Eliya (Nanu Oya) railway station, your Guide /driver will be there to pick you and continue your journey.

Tea Plantations – tea was first planted in Sri Lanka in 1824 at the Royal Botanical Gardens in Peradeniya, when a few plants were brought from China. More were introduced from Assam in 1839. In 1867, a Scottish planter named James Taylor planted tea seedlings in 8 hectares of forestland in the Loolecondera Estate. In 1873, the tea export industry of Sri Lanka began with a modest 23 lbs being shipped to London. Today more than 200,000 hectares in highlands and other areas are under tea and around 300 million kilograms (nearly 25% of world tea exports) are exported by Sri Lanka as the world’s second-largest tea exporter. Tea grows only on rolling terrain and is classified by elevation into Low Grown, Medium Grown & High Grown.

After breakfast, enjoy an excursion to Millennium Elephant Foundation.

The Millennium Elephant Foundation which works to improve the care, protection and treatment of captive elephants in Sri Lanka. Get up close and personal with some of Sri Lanka’s most majestic and iconic creatures and discover the complex issues which affect their conservation in Sri Lanka.

Return to Kandy and witness a cultural dance show and also visit the temple of the tooth relic in the evening.

Temple of the tooth relic-Sri Dalada Maligawa or the Temple of the Sacred Tooth Relic is a Buddhist temple in the city of Kandy, Sri Lanka. It is located in the royal palace complex of the former Kingdom of Kandy, which houses the relic of the tooth of the Buddha. Since ancient times, the relic has played an important role in local politics because it is believed that whoever holds the relic holds the governance of the country. Kandy was the last capital of the Sri Lankan kings and is a World Heritage Site mainly due to the temple.

Return to the hotel and relax.

After breakfast, morning at leisure.

Check-out and continue your onward journey or return the UK.

Would you rather? See a lot of places or get to

Do you prefer? The city or Nature? Looking to t

DEALS OF THE WEEK with easyJet holidays! From fam

Amazing offers, departing from the U.K. this sprin

I received an email from my clients when they retu

The world’s wonderful wildlife One of the best 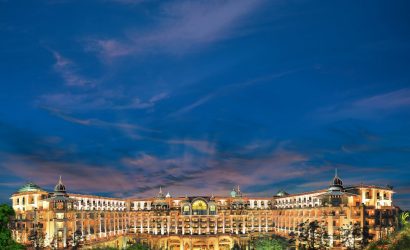 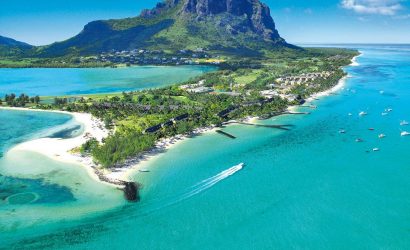 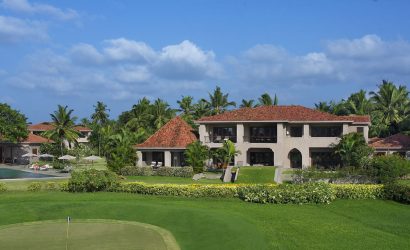 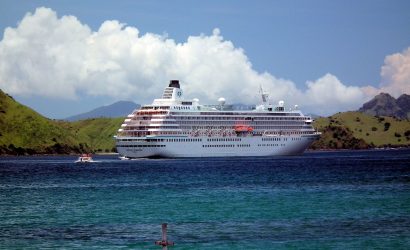 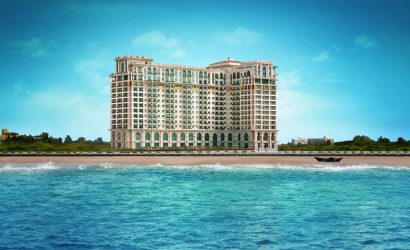 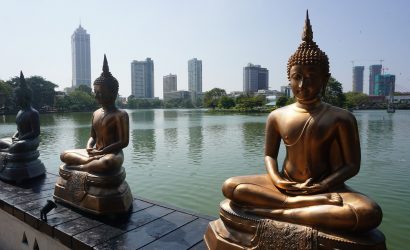